For generations artists have been escaping to West Cork; what starts off as a short break often stretches into something more, with many never fully leaving and as a direct result our lives and culture are all the better for it.

Musicians are no exception, a quick walk through DeBarras Folk Club in Clonakilty serves as all the proof you’ll need. The historic walls are lined with photos of some of the many luminaries that have stopped by over the past 30 years. Icons such as Bowie, Dylan and Donovan are proudly displayed amongst rare memorabilia, including an iconic bass presented by Noel Redding, bass player of Jimi Hendrix fame. Noel lived and played in the area for his last 27 years of his life. Most likely uncoincidentally, during this time many other musicians began to gravitate towards the area. Artist such as Eric bell (Thin Lizzy), Roy Harper and the late John Martyn.

Seminal artist’s such as these have had a profound impact on the region, today you’re almost guaranteed live music every night of the week somewhere in WC. The sessions are frequent and there is a plethora of diverse original music shows also. Hosted weekly between any one of our renowned music venues, which includes DeBarras, Connolly’s of Leap and IMRO award winning venue Levis’ in Ballydehob all within driving distance. West Cork has established itself as an essential stop for any artist touring Ireland. 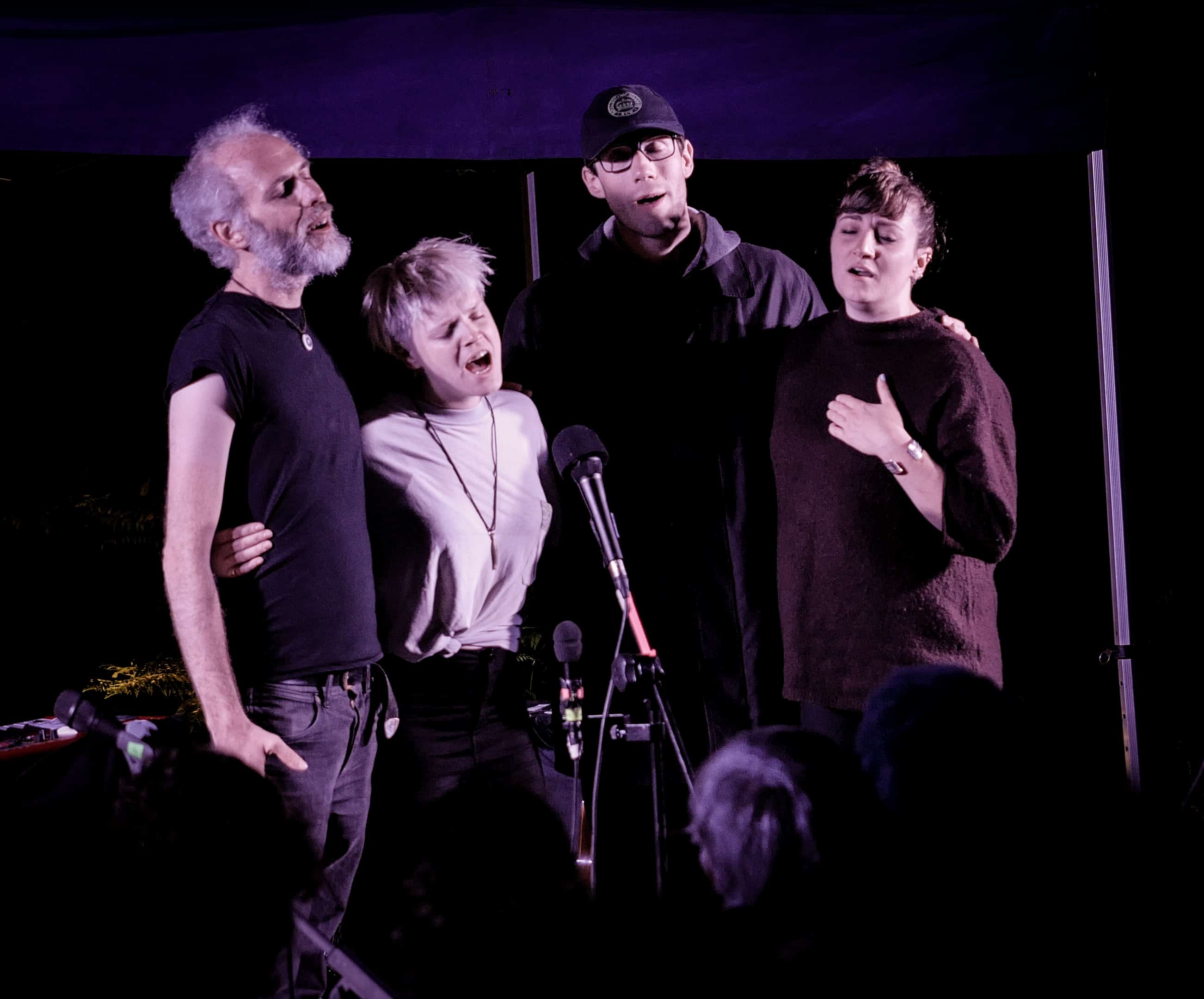 Last month I was fortunate enough to capture Wallis Bird play in the amphitheatre at Glebe Gardens in Baltimore. Glebe Gardens in my eyes is the epitome of all that is good about West Cork, local sustainable food, in a beautiful location, ran by lovely people. The walk to the amphitheatre is an experience in itself, that has you stroll through pristine gardens, passing goats and poultry and crossing a bridge over a small stream. As you step off the bridge the clearing opens to reveal the round bowl of the amphitheatre. In the background behind the stage you can see Baltimore bay – it’s a magical place.

The show began in traditional West Cork fashion, fifteen minutes late. Wallis’ guitarist Aidan Floatinghome (real stage name) warmed up the crowd with a short and sweet set with much ‘Grá’ for West Cork. He even performed a beautiful song aptly titled ‘West Cork Song’ about time well spent in Sherkin with friends who were in attendance.

“I first discovered West Cork in 2006 when I was touring as a musician with both Jenny Lindfors and Alyanya. We had a show at the Sherkin Island Festival in the marquee at the Jolly Roger. We had a couple of days off around that show, so we stayed on the island for the weekend. We had the best time, and i have been back several times since – in fact, in 2008, I looked into renting a house there for the winter months!

After the festival, we had another day off before the next show, so Jenny suggested we spend the night with her close friends, Stuart Wilde and Laetitia Catalano, living nearby. We went out to them, still glowing from our island days, and fell in love again!”

When Aidan finished, Wallis performed a few by herself, later joined by the band. The sound and performance were stellar but the crowd’s energy was low, maybe it was the lack of wine or maybe the setting was a little too peaceful. It didn’t really matter, either way I would have still gone home entirely satisfied.

But halfway through the set just as it began to get dark. it was like somebody flipped a switch and the crowd just erupted. In the space of two songs Wallis had everyone up on their feet – dancing and revelling.

Feeding off the crowd’s energy, Wallis began to belt out her rockier numbers, keeping her stage tech busy, as she shattered string after string. The setlist was thrown into the wind and Wallis began to sneak in some of her favourite covers underneath the stars…she played until she ran out of songs…it was nothing short of magic. I left Glebe Gardens absolutely buzzing and floated all the way home!

The gig was part of an annual series of summer concerts in the amphitheatre, still to come this year is The Hot House Flowers (Aug 21) and Lisa Hannigan (August 6). Although any artist would be lucky enough to play Glebe, it tends to draw acts that are already tethered to the region.

Liam O’Maonlai and the Hot House Flowers have road-tested nearly every record since the 90s in West Cork. Whereas Hannigan’s latest record ‘At Swim’ is largely based on summer holidays spent in Baltimore as a child; her show in Glebe will mark the first time any of these songs will be returning to the salty air that formed them…and may very well see this drifter floating home once more.